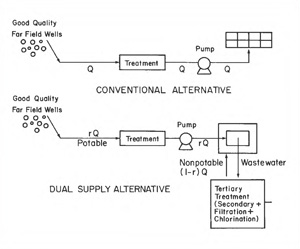 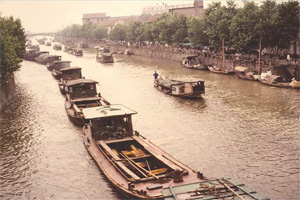 The Grand Canal—
Shanghai to Beijing
Okun served as Consultant to the World Bank on water management for the ancient canal, now heavily industrialized in modern China.

Growing Up in New York City 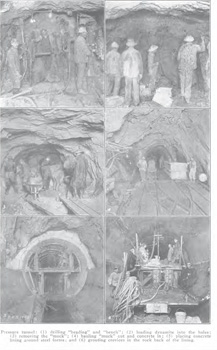 “I grew up in Brooklyn in a middle class family, although I grew up in the Depression, and our family was very, very poor. My father was an engineer. . . When I was a kid, I must have been about twelve years old, he was a resident engineer. . . on one of the major water projects in the world, the tunnel that brings water from the mountains of the Catskills, and in this case it was in Delaware [village in upstate New York]. It brings water to New York City. This was a tunnel that was about 600 feet down in the ground, and it came under the city. It was big enough to drive a train through. It must have been about 20 feet in diameter.

He took me down there in a big cage, and I could see the workmen lining the tunnel. It had a rail car that we could get on and ride under Brooklyn . . .That got me a little bit interested in that kind of work, bringing water to New York, to the people in the city and that sort of thing.” — Daniel Okun, 1989 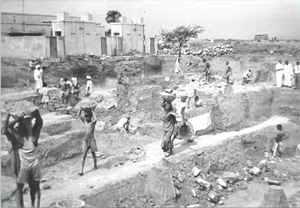 Water Management in Developing Countries
“A building site for a water treatment plant in New Delhi, showing the difference between the use of technology in the developing world and in the U.S. Labor-saving equipment is seldom economically and socially justifiable. We need to have a different point of view when working in Asia, Africa and Latin America.” — Daniel Okun, 1963 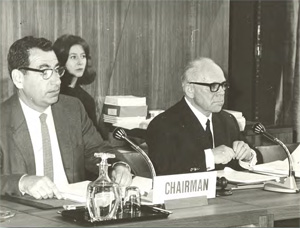 Audio excerpt of an oral history interview with Dr. Okun in 1989 in which he discusses his early experiences and career at UNC. Further information on this and other interviews with Okun is available online. (Southern Oral History Program Collection (#4007), Southern Historical Collection, UNC Wilson Library).