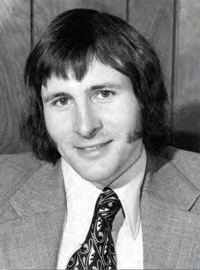 Dr. Dennis Gillings joined the UNC Department of Biostatistics faculty in 1971 and began his teaching career with fellow assistant professor Dr. Gary Koch in what was known as “Trailer 39.”

The trailer, a makeshift office set up in a parking lot behind Rosenau Hall, gave rise to the work done in Koch’s Biometric Consulting Laboratory and the independent consultations that grew into Quintiles Transnational Corp.

Gillings served on the School’s faculty until 1988. He is now chairman and chief executive officer of Quintiles Transnational Corp. 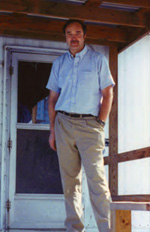 Koch (right) is shown outside the trailer in the early 1980s. He is a professor and director of the Biometric Consulting Lab. Read more about the history of the Department of Biostatistics in the Fall 2008 issue of Carolina Public Health Magazine.