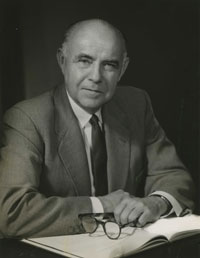 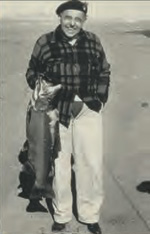 Rosenau’s sudden death in 1946 brought about a void in leadership and decline in reputation.

McGavran, head of preventive medicine at the University of Kansas, was persuaded to take the deanship in 1947 only after the N.C. General Assembly agreed to provide needed funding for support and faculty.

With help from private foundations, McGavran oversaw an expansion of field training and development of the state’s venereal disease laboratory.

“McGavran saw himself primarily as an administrator whose job was to create an atmosphere where faculty, staff and students could work and learn together,” says historian Robert Korstad. “By the end of his first year, nine new faculty positions had been created, and the budget for research had increased from $75,710 to $230,710.”