At Home in North Carolina and Around the World 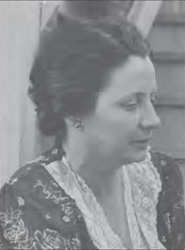 One of the School’s initial areas of research was venereal disease (VD). The School acquired a syphilology professor, whose team began to determine the prevalence of syphilis in N.C. and identify the partners of infected people. The efforts to control venereal disease increased the need for public health nurses and for a place for them to be trained.

Dr. Lucy Morgan, a health educator with the U.S. Public Health Service, was dispatched to the N.C. State Board of Health, tasked with decreasing prostitution around Fort Bragg. Her creative community-organizing skills helped her address issues including nutrition, sanitation and tuberculosis, as well as VD.

Morgan was a determined human rights advocate, traveling throughout the state and the world to educate people about health.

During World War II, the School began to accept students from out of state and from other countries. Hundreds of students trained here returned to their homes to educate and serve others. Faculty at the School likewise continued to travel abroad, particularly to countries where their former students now lived and worked.

The intertwining of local and global is not a new idea at the School of Public Health. Early leaders knew that by improving the daily lives of the poor and disadvantaged, whether in North Carolina or in a country far away, the lives of all of us will be healthier and more hopeful.

Dreaming of a Time
Deans