Dreaming of a Time 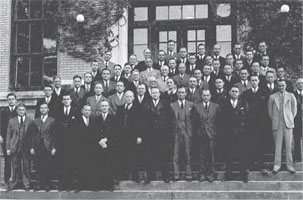 Genesis of the
UNC School of
Public Health 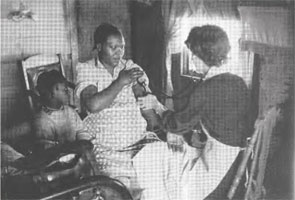 In the early 20th century, physicians and lawmakers were becoming acutely aware of the range of public health problems in the state of North Carolina, many resulting from the poverty of so many of its citizens. Among the diseases of privation – brought on by poor hygiene, inadequate nutrition, and no access to regular health care – were hookworm, rickets, tuberculosis, and dental disease.

To improve public health promote individual well-being, and eliminate health disparities across North Carolina and around the world.

Those already facing health challenges were easy targets for the influenza epidemic in 1918.

In 1919, U.S. Army recruits from North Carolina were in such poor health that the state legislature provided funding for a campus health officer at the University of North Carolina. The hope was that such a person could serve as liaison with the State Board of Health in an effort to train community public health workers.

In 1936, to expand and continue that training, the Division of Public Health was established within the UNC School of Medicine. Directing it was world-renowned physician, Dr. Milton Rosenau, only recently retired from the Harvard School of Public Health. Four years later, on June 7, 1940, the School became an independent entity with Rosenau as its dean, thus becoming the first (and, according to U.S. News & World Report, still the finest) School of Public Health at a public university.

School History
At Home in North Carolina and Around the World