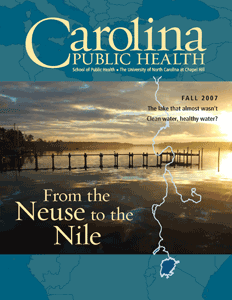 The United Nations General Assembly, in December 2003, proclaimed the years 2005 to 2015 as the International Decade for Action ‘Water for Life’. The primary goal of the ‘Water for Life’ Decade is to promote efforts to fulfill international commitments made on water and water-related issues by 2015.

These commitments include the Millennium Development Goals to reduce by half the proportion of people without access to safe drinking water by 2015 and to stop unsustainable exploitation of water resources. At the World Summit in Johannesburg in 2002, two other goals were adopted: to aim to develop integrated water resource management and water efficiency plans by 2005 and to halve, by 2015, the proportion of people who do not have access to basic sanitation.

As women play a central role in water provision and management, a special emphasis will be placed on ensuring the participation and involvement of women in these development efforts. Among the themes that are central for the ‘Water for Life’ Decade are: scarcity, access to sanitation and health, water and gender, capacity-building, financing, valuation, Integrated Water Resources Management, trans-boundary water issues, environment and biodiversity, disaster prevention, food and agriculture, pollution and energy.

UN-Water is coordinating the ‘Water for Life’ Decade, 2005-2015. UN-Water is the United Nations inter-agency mechanism of all relevant agencies, departments and programmes involved with water-related issues.