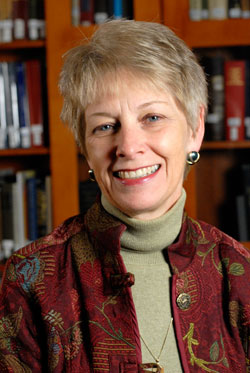 Carol Jenkins recalls the challenges she faced when she started as Director in 1986.

The HSL pioneered many new roles under Jenkins’ leadership: 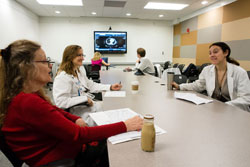 The Health Sciences Library implemented liaison-based services in all the schools of the Division of Health Affairs and in the University of North Carolina Medical Center. Four of the liaisons hold faculty appointments within their respective schools.

In 2002, the Health Sciences Library began a major renovation of the building. The renovation expanded staff and user space. All six floors of the library were renovated. 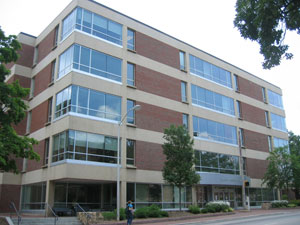 Highlights of the 2002 renovation

Ms. Jenkins retired June 30, 2013 after 26 years as Director of the Health Sciences Library.  View her retirement page, Legacy of Leadership and Innovation.

“As director of the health sciences library, Carol has shown leadership in planning for innovative, technology-based information services for the health sciences. She has experimented with new organizational structures to match evolving service environments.”  – Joe Hewitt, former University Librarian at UNC-Chapel Hill.

“With vision, skill, and persistence, Carol led the library and many of the faculty into contemporary technologies … instructional programs at the undergraduate, graduate, and professional levels came online … a development that could not have occurred without Carol’s vision and leadership. She brought a good late twentieth century library into the twenty-first century by overcoming the forces leading to compromise in quality and purpose.”  – Stuart Bondurant, M.D., dean emeritus of the SOM