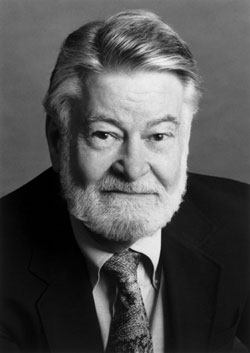 Mr. Sam Hitt became the Health Sciences Library’s new director in 1976. Prior to coming to UNC, Sam Hitt was Executive Director at the Houston Academy of Medicine-Texas Medical Center Library from 1972-76, and Director of Libraries, University of Connecticut Health Center from 1965-71. He earned his bachelor’s degree in English for the University of Missouri in 1948 and his master’s in Library Sciences from Emory University in 1951.

Sam Hitt remembers the challenges that he encountered as a new director.

Under Mr. Hitt external support for the library was increased, collections were enlarged, new staff positions were created, and services were reorganized and expanded. 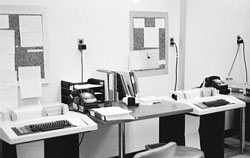 Medline searching room at the HSL

In 1979, when Ms. Gloria Manley was Pharmacy Librarian, the collection, staff, and services were integrated into the Health Sciences Library.

In 1982 a major remodeling of the Health Sciences Library was completed. An additional three floors were added, doubling the space. All furnishing and service areas were remodeled. 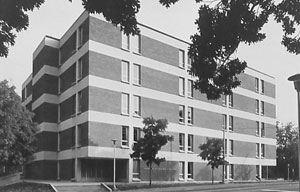 Highlights of the 1982 renovation

In 1986, Mr. Hitt retired after a decade as Director of the Health Sciences Library. He passed away on December 11, 2005, at the age of 84. On July 11, 2007, the library dedicated the Sam W. Hitt Medicinal Plant Gardens as a tribute to Hitt, an avid gardener himself.

“The ultimate goal of the Health Sciences Library in Chapel Hill is to help bring improved health care to the people of North Carolina.” Sam Hitt