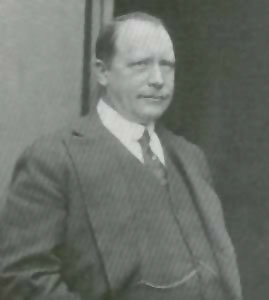 Carlos Heuser was born February 8, 1878 in Buenos Aires. He received his doctorate from the Universidad Nacional de Buenos Aires in 1902, receiving a gold medal for his thesis, Radiología. His thesis was the first in Argentina on the subject of radiology (x-rays were only discovered in 1895.)

After medical school, Heuser traveled to England, France, Holland and Germany to observe hospital practices, focusing especially on radiology. He was responsible for many developments in the field of radiology. In 1919, he was the first to use a contrast medium (potassium iodide diluted with water) in the human circulatory system so that it would show up on an x-ray. In 1921, he was the first to use Lipidol to create a radiograph of the uterine cavity, which he used to diagnose early pregnancy and infertility. He also introduced a protective mask for use during x-ray experiments.

Heuser is the author of several books and articles on the subject of radiology. He received a Gold Medal from the Radiological Society of North America in 1931 for his achievements, and was an honorary member of the American College of Radiology. He died on March 28, 1934.