Sheldon Peck Collection on the History of Orthodontics and Dental Medicine 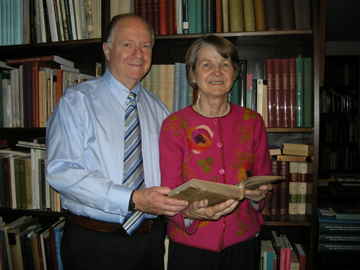 The books, along with prior holdings in the HSL’s Special Collections, establish a world-class collection of rare books for use by scholars, researchers and students. And the endowment further ensures that the HSL will be able to preserve and significantly grow the collection in the future.

The Pecks chose to establish a home for the collection at the HSL because it offers such a progressive and expansive environment that is well-suited to preserving, growing and sharing the collection’s materials.

The endowment will allow for digitization of some of the rare volumes in the collection, making them available electronically to readers anywhere in the world. Regardless of future global accessibility, Sheldon Peck confesses that there is nothing quite like the personal excitement of holding and turning the pages of a 400-year-old handmade book, sometimes with notes in the margins from much earlier owners.

A longtime collector and expert in European old-master artworks, Sheldon Peck says it was natural for him to seek out rare books of value historically and scientifically in the development of medicine and his dental specialty, orthodontics.

“It’s not easy to find such esoteric items these days, but my patience in hunting for great old art helped condition me over the years to recognize special opportunities in acquiring great old books,” said Peck. “I happily discovered a few years ago that the history of dentistry was one of the core subject holdings already in the HSL Special Collections. That’s when I began focusing on acquiring only rare books that HSL did not already own. And now we are delighted to combine our collection with the present HSL titles to make a specialized historical collection of deep strength, arguably the best of its kind in the country.”

Many of the rare books in the Peck Collection were previously owned by two eminent orthodontist-bibliophiles: Bernhard W. Weinberger (1885-1960) of New York City and Samuel Fastlicht (1902-1983) of Mexico City. Sheldon Peck acquired a large segment of the book collection of Dr. Fastlicht, who in the 1950s had the opportunity to purchase many of these volumes directly from Dr. Weinberger’s legendary personal library.

The collection also contains all editions (1887-1913) of the writings of Edward Hartley Angle (1855-1930), who is widely considered the founder of modern orthodontics. With other books related to Angle, this is probably the most comprehensive collection of Angliana in the world. In 2007, Dr. Peck edited a monumental four-volume publication on Dr. Angle’s correspondence and patents. 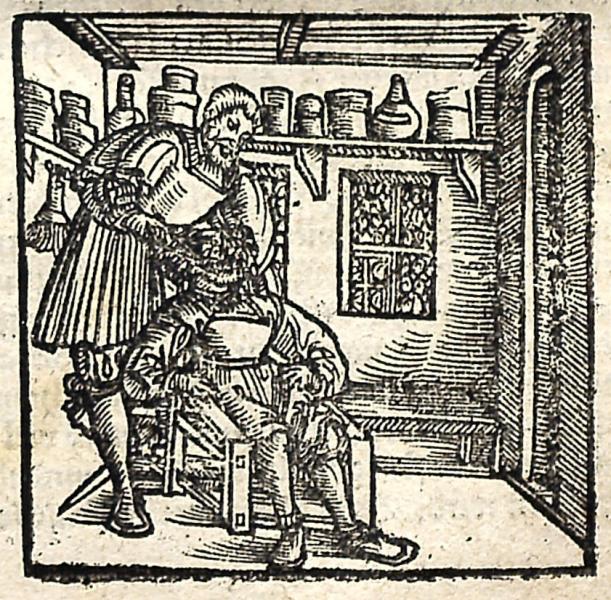 The earliest book in the collection is Artzneybuch, a parchment bound German compendium dated 1555 that contains 13 essays on medical treatments of the time. This very rare volume is noted for its vivid prints of early medical procedures, including a woodblock print of a mouth operation, one of the first images recorded of dentistry.

Several important volumes in the collection, including Artzneybuch, are dedicated to the memory of Sheldon’s brother Harvey Peck (B.S. ’59, D.D.S. ’62). Harvey was an extraordinary student at UNC-Chapel Hill, serving as president of Phi Beta Kappa and as Jason of The Order of the Golden Fleece, the University’s highest honorary societies. Sheldon and Harvey collaborated in their professional, academic and collecting interests until Dr. Harvey Peck’s untimely death at age 43 in 1981.

Sheldon Peck, a native of Durham, NC, is a prominent orthodontic specialist, educator and art collector. Following his seven years at UNC-Chapel Hill, he moved to Boston for a residency in orthodontics, after which he entered private practice and academics. Peck taught part-time at the Boston University Henry M. Goldman School of Dental Medicine, and for 20 years served as a clinical professor of developmental biology at the Harvard University School of Dental Medicine. Today, he is an adjunct professor of orthodontics at UNC School of Dentistry. In addition to over 100 scientific publications related to orthodontics, Peck has written on biological anthropology, art connoisseurship, and the history of medicine.

Listing of Books in the Collection