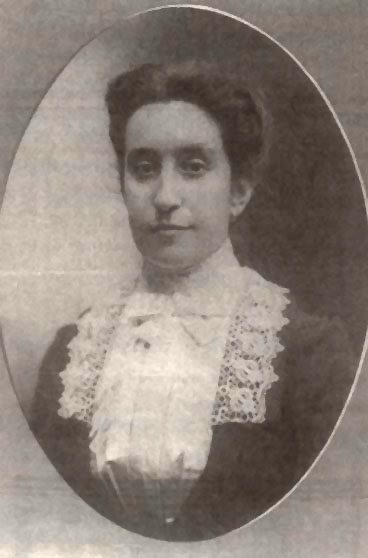 Teresa Ratto was born in Concepción del Uruguay in the province of Entre Ríos, Argentina on February 13, 1877. She was a forerunner for women’s rights in Argentina, and in her short life achieved many “firsts” in South America.

At the age of 15, Ratto received the title of National Normal Teacher at the Escuela Normal de Concepción del Uruguay. She then decided to continue her education and petitioned rector José Benjamín Zubiaur of the Colegio del Uruguay ‘Justo José de Urquiza,’ to allow her to enter the all-male school. She became the first woman accepted at the Colegio del Uruguay, and in 1895, she was the first woman to receive her bachelor’s degree from that institution.

After receiving her bachelor’s degree, she went to Buenos Aires to study medicine at the Universidad Nacional de Buenos Aires. While in school, she was befriended by Cecilia Grierson, the first female doctor in Argentina (and South America), who became a mentor to Ratto. In 1903, she received her degree in medicine, writing her thesis on Seudo-Reumatismo Escarlatinoso, and became only the second female doctor in Argentina, and the first from Entre Ríos. While at the Universidad Nacional de Buenos Aires, she became a member of the first Centro de Estudiantes in Argentina and began one of the first feminist organizations, the Centro de Universitarias.

After medical school, Ratto became the head of vaccination at the Asistencia Pública of Buenos Aires and assisted patients during outbreaks of diphtheria and smallpox. She later returned to Concepción del Uruguay to practice medicine, where she died on April 2, 1906 of peritonitis. Today, her childhood home in Barrio Puerto Viejo in Concepción can still be visited.