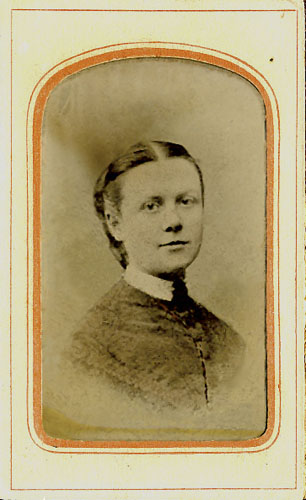 Susan Dimock was born in 1847 in Washington, North Carolina. As a child she borrowed medical books from the local physician and followed him on his rounds. Her father died in the midst of the Civil War, and she and her mother moved to Massachusetts. There Susan became a student at the New England Hospital for Women & Children, which allowed women to receive medical training but did not grant degrees. Her mentor was Dr. Marie Zakrzewska, the founder of the hospital. Dimock’s experience there made her determined to earn a medical degree. She applied to Harvard, which rejected her application.

Susan Dimock was admitted to the University of Zurich in 1868. She became one of seven women who helped revolutionize women’s medical education between 1864 and 1874, opening the door to full coeducation of male and female students. She wrote her dissertation in 1871 receiving her medical degree with honors. After pursuing further training in Vienna and Paris, she returned to the New England Hospital as a resident and later as attending physician, specializing in obstetrics and gynecology. Dimock became known for her surgical skills and for developing the first graded school of nursing in the United States. She was also the first woman to be admitted to the North Carolina Medical Society.

Susan Dimock died on May 8, 1875 at the age of 28 when the steamship SS Schiller ran aground in fog off England’s Scilly Isles.

This is not a memoir in the strict sense but provides valuable information about Dimock and medical education during the time period. The text includes letters written by Susan Dimock to her mentor Dr. Zakrzewska detailing her studies. It also contains letters and memorials written by others after her death.

Selected articles and obituaries by and about Susan Dimock.