The end of the academic year always brings with it an uplifting and exciting spirit and a jovial sense of parting ways. Students leave campus for new opportunities to learn and grow in their professions, knowing that they’ll return to Carolina someday, and that the Tar Heel way will be with them at heart.

This summer, I will also “part ways” and retire from the Health Sciences Library. It has been an honor and a privilege to serve the Library and the University for 20 years, the last two as interim director, in my “dream job.” After 35 years in librarianship, I have been fortunate to have wonderful supportive leaders in the health affairs disciplines as well as in libraries to work with and for. As I look back at the changes that libraries and librarians have accomplished, I am truly amazed and I have no doubt that the future of librarianship will be just as stimulating as has been the past.

Below, you’ll meet Christie Degener, currently serving as one of our interim assistant directors, who will take on the role of interim director with my retirement. She has worked at the HSL since 1984 and has led our Resources Management Department since 2007. I’m confident that Christie will be a sound, forward thinking leader as our Library searches for a permanent director.

Finally, summer is the perfect time to come home to Carolina. We’ll be featuring “ArtBrake,” a collection of art from several local artists, on our first and second floors starting in early June and running until mid-August. Learn more about the artists and the exhibit here and come enjoy these beautiful pieces at the HSL.

Jim Curtis, interim director of the HSL, to retire 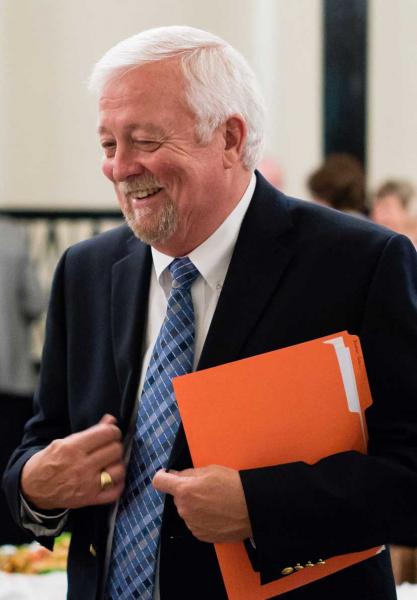 After 21 years at the Health Sciences Library, Jim Curtis will retire from his position as Interim Director on August 1, 2015. Curtis has served in this role since July 2013 and previously as deputy director from 2008 to 2013. Throughout his time as a leader in the Library, Curtis built a legacy of service and innovation, furthering the Library’s involvement with the Carolina Health Informatics Program and Health Affairs Collaborative, supporting the establishment of the HSL’s Research Hub, and being heavily involved in the Library’s operations and planning for the future use of spaces in the building. As Interim Director, Curtis furthered the Library’s transition into being part of the University Libraries system and the development of the first joint strategic plan.

Curtis received a Masters’ of Library Science in 1980 from the School of Information and Library Science (SILS) at The University of North Carolina at Chapel Hill and has a total of 35 years of experience in librarianship, including more than 20 years working in three different administrative positions at the HSL beginning in 1990. Curtis served as the Project Manager for the Library’s renovation, which was completed in 2004, a project that took approximately seven years of Curtis’ focused attention on advanced planning, moving materials and staff, upholding operations during construction and working with contractors.

He left UNC in 2004 to serve as Director of the Savitt Medical Library at the University of Nevada’s School of Medicine in Reno, NV, where he also was a Professor in the School of Medicine and head of the school’s Information Technology Services. His career also includes work at East Tennessee State University and Columbia University. 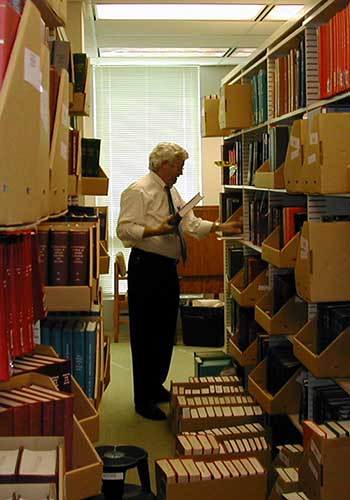 Curtis has filled approximately 20 service positions in the Medical Library Association (MLA) since 1983. Among his most recent positions, he is currently Section Council Representative as the immediate past chair of the Leadership and Management Section, a former member and chair of the Lindberg Research Fellowship Award Jury, and served for three years on the North Carolina Library Services and Technology Act Advisory Committee. He has also held important service positions in the Association of Academic Health Sciences Libraries (AAHSL). In 2010, he published several major articles focused on evidence-based medicine and possible roles for librarians and library resources with the implementation and maintenance of electronic health records. He is a member of the Librarians Association of UNC-CH, the Mid-Atlantic Chapter of MLA, the University Managers Association and MLA.

Curtis was originally hired to implement a MEDLINE search system that greatly expanded user access from their offices and homes, as part of a task force established with the Office of Information Systems in the School of Medicine. The University of North Carolina Literature Exchange (UNCLE) system initially provided access to five years of the complete MEDLINE files, including all languages and abstracts. In 1996, UNCLE moved to the web and expanded to include several databases and Internet resources, until it was phased out in 1997.

During his time at SILS, Curtis was President of the Library Science Students Association, an audiovisual assistant and a member of the Block, a curriculum innovation at the time that allowed students to learn in a professional setting. He is also a member of the Epsilon Chapter of Beta Phi Mu, the library honor society. Curtis received a Bachelor of Arts in European History from the University of Illinois at Urbana-Champaign. 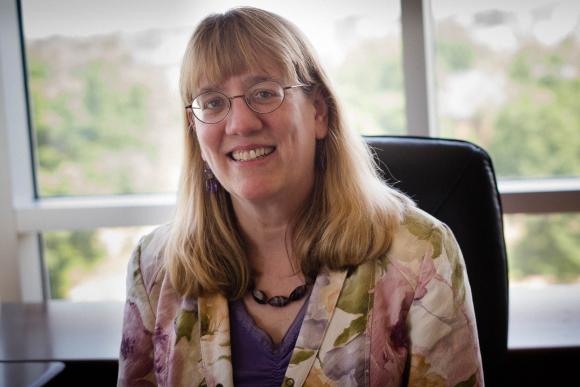 “While enrolled in library school at UNC I aggressively sought out job opportunities at the Health Sciences Library, having heard it described as a good place to work. Thirty years later, I feel that way now more than ever, because of the sustained excellence of the HSL staff and our customer-focused services.”

During her time as head of Resources Management Services, Degener led the Library in several large-scale negotiations to support the growth of Carolina’s health affairs disciplines within and beyond Chapel Hill. Most notably, this included the expansion of access to a critical clinical reference tool, UpToDate, to the entire UNC Health Care System and integrating UpToDate into the System’s electronic health record system. Recently, Degener also served on a task force to investigate how a university-wide open access policy would affect different disciplines at UNC and make a recommendation on an institutional policy. After 18 months of work, the policy was submitted and approved by Faculty Council in late April 2015. Degener served on faculty council when the original open access policy was created in 2005 and as both co-chair and chair of the Scholarly Communications committee in the University Libraries.

As head of Resources Management Services, Degener has led a 13-person staff responsible for selecting and providing access to content in support of the curriculum, research, and patient care in the Division of Health Affairs and UNC Hospitals. Degener and her team negotiate licenses with vendors and publishers to maximize client access; create records that let users identify, locate, and access content in a diverse range of formats; obtain content not available at UNC in response to user requests; repair and maintain the electronic links to full text content; build and enhance access to special collections of historical and other valued content in digital and other formats, and more.

In her 31 years at the Health Sciences Library, Degener has held eight positions the Resources Management department including both assistant and acting head of the department, as well as several positions in the areas of cataloging services, serials, selection and access, and acquisitions services. Degener is a member of the American Library Association, the Librarians’ Association at UNC-Chapel Hill, the North American Serials Interest Group (NASIG), and has served on several committees of the Triangle Research Libraries Network.

ArtBrake returns to the HSL

The HSL is thrilled to welcome “ArtBrake” back to the Library this June. ArtBrake is the product of a group of artists who collaborated on a two-day tour of local artisans’ studios. HSL’s will feature art from some of the artists from the group whose work ranges from photography, jewelry, painting, woodworking and sculptures made from gourds. The artwork will be on display on the first and second floors of the HSL until mid-August.

Some of the art on display is available for sale. Contact Karen Crowell for a list of prices. Learn more about ArtBrake and its artists.

View a sampling of the artists’ work below. Photos by Bob Ladd. 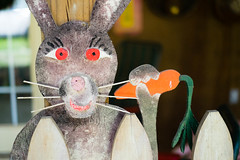 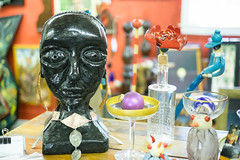 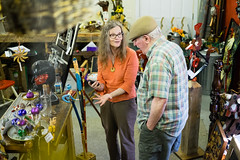 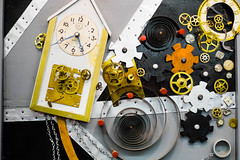 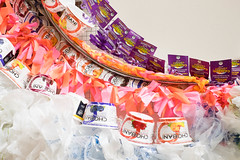 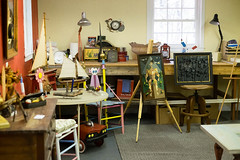 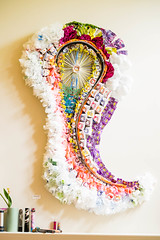 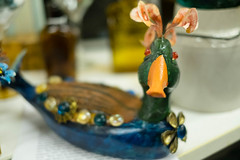 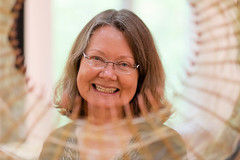