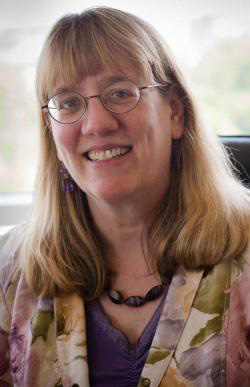 “Christie brings a wealth of experience and the trust of her colleagues to this interim role. I look forward to working with her in the months ahead,” University Librarian Sarah Michalak said.

In her 31 years at the Health Sciences Library, Degener has held eight positions within the Information Access and Discovery Department including both assistant and acting head of the department, as well as several positions in the areas of cataloging services, serials, selection and access, and acquisitions services.

“While enrolled in library school at UNC I aggressively sought out job opportunities at the Health Sciences Library, having heard it described as a good place to work,” Degener said. “Thirty years later, I feel that way now more than ever, because of the sustained excellence of the HSL staff and our customer-focused services.”

As head of the Information Access and Discovery Department, Degener led the Library in several large-scale negotiations to support the growth of Carolina’s health affairs disciplines within and beyond Chapel Hill. Most notably, this included the expansion of access to a critical clinical reference tool, UpToDate, to the entire UNC Health Care System and integrating UpToDate into the System’s electronic health record system.

Christie Degener returned to her role as head of the Information Access and Discovery Department and interim assistant director with the hiring of Nandita Mani as Director and Associate University Librarian on July 1, 2016. On January 1, 2019 Christie retired from the University.